Is the split coming?

I think I'm ready for it.  They have +++++ed up what used to make football more special to me with all of the conference realignment.   Let the universities who want to run a semi pro league go d

Depends on what you mean by "destroy".  I already don't watch "P5" football. I have no interest in it. I watch MWC, some AAC and occasionally some of the other G5's.  There will always be G5 football 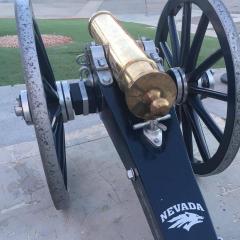 I would like to see this happen. Then maybe the rest of us could get back to playing "college" football.