The next dominoes of conference realignment.

Air Force and CSU joining the AAC makes no sense what so ever.  Do they think SMU, Tulane, Tulsa, and Memphis are going to be big draws?  Memphis could be gone if the Big 12 expands again.  After UH, 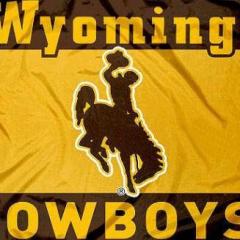 This is exactly what I have been saying and why I think it makes zero sense for CSU especially and to a somewhat lesser extent for AF to leave.  AF at least has more of a national following and of cou