San Jose State is my favorite student section in the mountain west.

Those are season ticket holders! 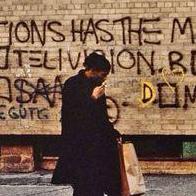