Tough to tell. When I watch college football, many QBs have the physical size and throw the ball well, but there is a whole lot more than that to being an NFL QB. Ryan Leaf is a prime example. 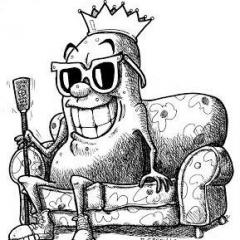 He's 15th in the country in passing efficiency after playing one game against a team that lost almost every player and coach on the defensive side of the ball... let's not go full Josh Allen over that

I agree with this. Fajardo’s development essentially ended when Polian took over.