Not a good look, CSU 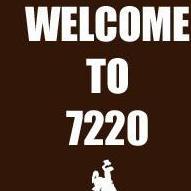 I'm not going to step on CSU when they are down. We hate the sheep, but we would never wish anything like this on them. I hope they can overcome this soon.

What coaches say: If you break protocol you have to go in to quarantine. If you go into quarantine, you miss practice. If you miss too much practice, you can't play. What players hear: You're pun

You’re calling a journalist a liar as you use your handle RambleOn on an anonymous message board accusing a newspaper of passing fictional information?? I’m guilty of posting here too... but do you no